Have you ever had one of those moments when you looked at your last blog/note, journal entry, etc and said. "Has it really been that long?"

In this case, it really has. The book I signed the contract for, Power Stone of Alogol, has been published for almost six months. It is the third installment in The Mendel Experiment series. Please take a moment and look at it either on Amazon.com or the World Castle Publishing site. 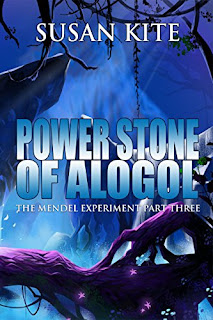 My fantasy, Portals, was a finalist in the Florida Writers' Association Royal Palm Literary Award competition this summer, but did not win a prize. Taking the judges rubrics, I am going to make improvements and then publish it on Create Space (I want to include some illustrations) or send it to my publisher (if I decide against illustrations).
I also submitted The Mendel Experiment to the same competition and won second place!  I was really excited! 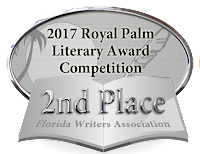 I am still working on my other science fiction story. It's getting critiqued by my writer's group in Etowah. Almost there!
Speaking of my writers' group, the Etowah Writers' Guild, I have three stories in a horror anthology that was published in June also. It is called Haunted Houses and Terrifying Tales. 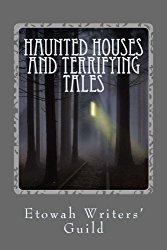 I am also working on a fourth (and most likely, last) Mendel story, tentatively called Secrets of the Forest.
In the meantime, I have had two surgeries this year; one on my shoulder and one on my knee. Both healing nicely, thank you. I also retired in May. It has been wonderful, but as you can see, I am still trying to find my motivation. We also plan on moving closer to our children. No specific timeline on that one. Anyway, that is a year and almost a half since the last blog. Seriously don't want to wait that long for the next one!!!