I have already waxed poetic about Nanowrimo. Not going to go into it other than to say that doing two Camp Nano's this year during a pandemic showed me something. I needed some kind of goal to give me the motivation I needed to write the novels that I knew were in me. 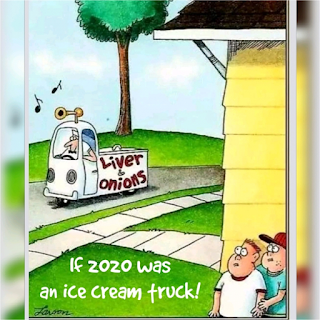 For instance, in March I probably was lucky if I did a couple of thousand words during the entire month. Maybe a little more if I also counted my journal on Sundays. In April, I did 30,000 words. In May, perhaps a third of that. June was almost as dismal as March. In July, I did another 30,000. Common denominator was Camp Nano. 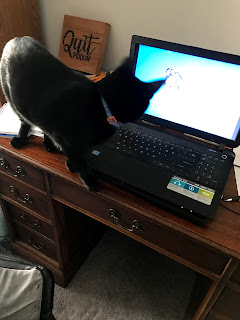 My cat influenced; didn't hinder me!

I decided that I would set a goal for August and stick to it. I decided on the same as I had done at the camp months--30,000. In August, I met that. I am close to keeping to that goal in September as well. I have finished a sequel to one sci fi novel, a prequel to a fantasy novel, and I am currently working on finishing a fourth novel to a trilogy I did a couple of years ago. What will I do next? I have a couple of ideas and a novel that needs finishing.

I basically said to myself, "This is my job. I am going to do this. I am an author!" To my husband, "I am going in my office and work." If I need to, I will shut the door.

I don't know how long this will last. I hope for a long time because I went to too long with those dry spells and I didn't like it. Besides, I am no spring chicken and I want to to say my piece while I can!

If you have ideas on how you keep productive, let me know! 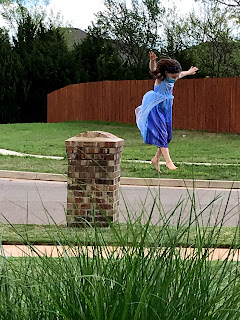