I was on a Zoom critique meeting yesterday afternoon and had an a-ha! moment. We were working on each other's chapter that had been submitted. I had been submitting chapters of my latest sci fi novel, Voyage of the Sea Dragon. (Or some such title...) The setting of this one is a repurposed LA class submarine. This story isn't supposed to be a thriller. As I mentioned, it's sci fi and will have an alien or two, something else wonky (but I'm not going to give that one away). 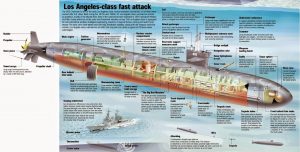 This one didn't tell me much!

The basic premise is that a scientist and a high ranking naval officer manage to take a decommissioned U.S. submarine and convert it to scientific research. Yes, there are some naval personnel as well as the scientists (someone's got to run the boat). 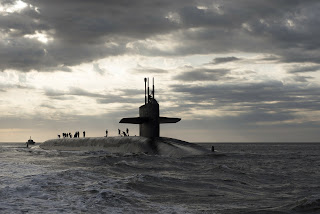 I have done some research, read submariners' stories and tried to make this setting as realistic as I could. I also wanted to not have to spend pages explaining things that are commonplace on all modern subs. So I was questioned on how submarine toilets worked, (the crew would call them heads) since I was telling about how an uninitiated character experienced a mishap with said head. I realized I am walking a very thin tightrope. I have never been on a submarine--any submarine. And yet I want you all to feel like this is a real and dynamic place. I don't want part of the suspension of disbelief to be the setting as well as the aliens. This is probably the biggest stretch for a novel I have done, but I have loved working on the draft. And thank goodness for critique partners who let me know when I need to change something, explain something, or add something.

I have also been very fortunate to have found a YouTube channel called Smarter Every Day, where the host was able to spend time on a nuclear submarine, specifically the USS Toledo, an LA class submarine. I have some research to do!

Let me know of your writing 'stretches.'

Posted by Susan Kite at 5:00 PM No comments: