Thoughts from all Ranges of the Spectrum 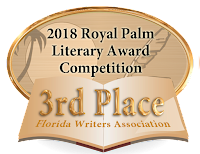 More news!  Exciting news! I have a children's book with Doodle and Peck Publishing that is slated to come out later this year. It's called The Legend of Billy Bob Flybottom. It is written in the style of a tall tale and has won several awards from Royal Palm Literary (Florida) competition, Oklahoma City Writers competition and from Oklahoma Writers Federation. It will be illustrated. (I have seen some of them and they are wonderful!)

As I mentioned in a blog some time ago, my first book was an historical fiction about the beginning of the Mission San Luis Rey in California and had Native American characters. I am not Native American, but had several critique's and editors go over everything. I felt it fair to all the characters, or as fair as I could be, but ultimately it was fiction. Most of the plot was made up. I recently wrote a young adult science fiction where Native American characters abducted from their homelands have to adapt to their new homes on distant planets. I sent it to a contest and received a comment that only Native Americans should be writing about Native Americans.
To be perfectly honest, I was somewhat upset, even as I knew where the prevailing thought had come from. But where would Island of the Blue Dolphins have come from? The Cay, The Sign of the Beaver, Julie of the Wolves, all written about people of other cultures by people who weren't part of those cultures, or that gender, or that time in history. All of these books are classics of young adult and children's literature. Below is a link to an article that addresses that controversy. A lot of food for thought. 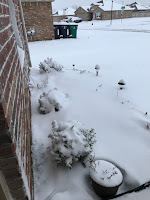 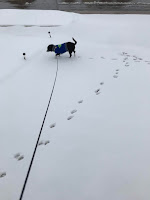 And to finish this off, the groundhog may have had it right. It was bright and sunny on Groundhog's Day last weekend, (where I live), but it was sure snowy today!!!  Beautiful stuff, but not all that comfy out walking the dog. Still and all, I am glad to see a nice layer of fluffy snow each winter. Especially when I don't have to go anywhere!