An Ode to Fan Fiction Writers 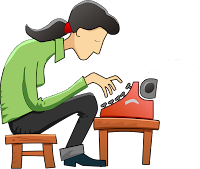 I will admit it—I am a fan-fiction writer. Granted, most of my fan-fiction was written at least a decade or two ago.

For the uninitiated, fan-fiction is where you take a character from a movie, book, or television show and write new stories about them. If you enjoyed Star Wars, but felt something was missing, there are probably tons of stories to fill in the spaces. Same with popular book characters, old and new TV shows, and movies.

Still, when I have admitted my FF affiliation some people, especially in the writing community, I get looks like I just said “I am an alcoholic serial killer.” Why is there such a stigma about writing fan-fiction?

I venture a few theories. First, fan-fiction writers are equated to wannbe writers. Can’t write a grammatical sentence to save them, scads of passive verbs, adverbs, stuff like that. Writing too painful to plow through. Perhaps some is, but consider that continued writing usually leads to better writing. We learn as we practice. I read some of my early stuff and thought, Eeyew. But I read later stories and while I still see mistakes, I see progress.

Second, many fan-fiction writers use something called H/C- or hurt/comfort. The heroes have gobs of stuff thrown at them, mainly injuries, and vicariously the author pulls them through, usually through the other characters. I will admit I have done a great deal of that myself. After rereading most of my stuff as I put it on another site, I know I would tone it down if I was inclined to edit again. However, I don't have time to do that with fan-fiction. I hope readers see beyond the h/c and discover improvement in writing, dialogue, and characterization.

Another distinction of ff is that the point of view jumps from one character to another. It took a while for me to ease out of that. My latest book only had two points of view, well separated by chapters.

However, I have done some heavy duty research because I wanted to have geographical and historical details right. I once wrote the equivalent of a trilogy (160,000+ words). In it I had the hero shanghaied from his early 1800’s setting and carried off to China. I had books about Chinese history and culture, Chinese language, British East Indiamen (those were cargo ships), The Sandwich Islands, Chinese medicine, and so forth. I had to change parts of the plot at times because of the historical facts I found. To this day, I find pride in this fan-fiction, just as I feel satisfaction in the dialogues between a reluctant Captain Crane and a symbiotic alien who just happens to be female and pregnant, or the description in the “seeing” Buck Rogers had to undergo to be adopted into a clan of bird people.

Which comes to another conclusion that detractors of fan-fiction make. If one is going to that much trouble to write something, why not write something they can publish and thereby make money. There are some reasons for that, too. Primarily, FF writers write for the sheer enjoyment of writing. It is sometimes a diversion as well as a pleasure—a hobby like people who draw or garden. They write for their readers. They are not in it to get rich. (Believe me, most mainstream authors aren’t getting rich either!!)

I am grateful for all the fan-fiction I wrote. It helped me with dialogue, with plot continuity, with descriptions. I learned through creating original characters how to make them real; people that readers empathize. By taking my FF characters out of their original settings I learned how to world-build. I also learned how to edit.

So while I am working to become a successful ‘mainstream’ author, I will never disown what got me on this wonderful writing path. (BTW Many mainstream authors started out as FF writers.) Whatever my background--I am an author!!

(Logo: thanks to Archive of Our Own, where most of my fan-fiction resides. Other stories are found on Seaview Stories, a private site.)