Here I am, late as usual, working to post something before people think I have departed this world. I do have one excuse--I am preparing to attend Oklahoma's second annual Book Festival near downtown Oklahoma City. As an author, not a spectator! When I got the email to be a part of the OK Book Festival, some months ago, I was elated--I still am. When you write something that satisfies you, you hope it also satisfies others, not just your family. When you are invited to an event that many people attend that makes it feel like what you are doing is legitimate. 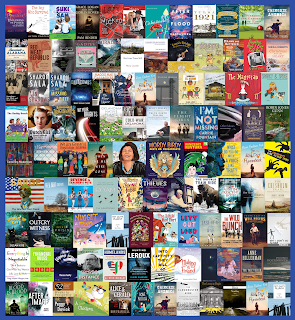 Anyway, while this is going on, I have been working on other projects. Contests, which I like for more than possible recognition, it gives me the opportunity to let others take a fresh look at my work and offer suggestions on how to make it better.

Another is taking old stories from my fan-fiction days, and transferring them to a new site. (Ask me, if you are curious, about what the heck a published author did before she was published.) Only problem with doing a quick transfer is that I am sort of OCD about editing. I see where these old stories need some editing. (I call it the "What was I thinking?" syndrome).

Something else that came my way was the invitation to write a story for one of the fandoms I used to write for. Say what? Someone wants a story about an old icon. I used to dream of being paid to write about characters that I had loved from when I was growing up. Now I have to think of a plot for a character that I haven't written a story about in fifteen years! I can't help but wonder if that is how people like Kevin Anderson got started writing Star Wars books. (No it's not Star Wars and no, not figuring on that end result either.)

I guess the whole point I am making is that I am a writer, an author, and there are many ways to fulfill a writing dream. I often told my students that it didn't matter what they wrote about, they just needed to put the pencil to the paper and write. If you want to edit, then great! If, occasionally, you want to toss it in the trash and write something else, that's fine, too. (I said occasionally; don't be too hard on yourself.) Do not ever feel that you can't write anything. Everyone can write something, whether it be a journal, a letter, a story. And if you keep writing, it becomes better.

With that said, I want to write something to someone who believed in me, who died recently....

Dear Sue (Susan Liedl Schuck),
I want to thank you for believing in me. Several people believed in me through the years, my husband, my computer teacher, my dear friend who did a cracker-jack job of editing for me, but you sat me down and said that even though fiction books about a California mission weren't what publishers were taking at the time, you wanted it in print. You loved how it put you in a time that has been overly romanticized or ostracized. Since you were a native Californian and retired teacher, you read it and made corrections on the history and the nuances of Catholic customs of the time. During that time, there was no provision for self-publishing unless you went with Tate or XLibris, or the like. We did the research and found a reputable publisher, then you paid them the fees. My first book was in print and you asked for several copies to push out in California. You put me up in your house so I could pitch the book to the Catholic dioceses out there. Fictional books about California missions are still not popular, but you gave me the push to continue writing. I will always be grateful for that. God bless you and everyone else who loves and supports writers, be they readers, critiquers, backers, or other writers. It's been a wonderful journey.

Thank you, Sue, for making this possible.