For some people, saying that you write or have written fan-fiction is like confessing to doing one of the seven deadly sins. For years fan-fiction was considered trash, something that wannabe's did to put themselves in a story with their TV or movie heroes. Or that someone did who wanted to make a few bucks selling mimeographed copies at sci fi conventions. Similarly, I remember when I was growing up being told that reading comic books was going to rot my brain. They were were not real literature and were a waste of my 15 cents (yeah, I am dating myself), and my time.

Now, back to fan-fiction. Where did my leap into fan-fiction come from? Let's go on my personal Way-Back Machine. Like the authors whose books I read when I was growing up, the television shows I watched in the late fifties, sixties, and seventies caught my imagination. I watched and loved the characters. The settings intrigued me. What the plots lacked, my mind supplied. When the episode ended for the week, I imagined all sorts of adventure that these heroes might have beyond the TV screen. (If I had only written down a fraction of what was happening in my brain!!!) 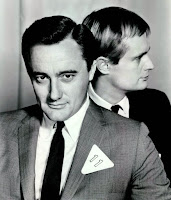 Just two of the favorite shows that sparked imagination.
(Both photos were borrowed from a wikipedia article. The original U.N.C.L.E. photo dated from the series. The Fury photo is from the cover of an Alpha Video release.)

Even when I married, had children, and was working, I still plotted stories with Mr. Spock, Buck Rogers, the Barkleys and other characters. Unfortunately these were mainly in my brain. It was only when my children were almost grown and I found others of similar passions, did I begin writing down the ideas that came into my mind. Zorro was the catalyst. A series that I had watched as a young child, I now watched on the Disney Channel. I took Diego de la Vega/Zorro on journeys well beyond what Walt Disney's writers conceived in the late 50's. But something else was happening. I was developing skills in writing. There were other fan-fiction writers who "beta read" (edited) my work, as I did with theirs. We had our own little online writing groups. Some of us even got together in person to discuss our plots, settings and characters.

I wrote, and wrote, and wrote, often well into the night. I continued writing Zorro, then Lost in Space, Buck Rogers, Voyage to the Bottom of the Sea and a few other television shows. I wrote short vignettes, longer short stories, novellas and series of novels. I improved my researching skills for the historical pieces, learned how to let imagination fly in the sci fi and fantasy. I even wrote some poetry and essays. In short, if I had not spent so much time writing fan-fiction, I would not have been able to write decent original fiction.

Not too long ago, just before my first book was published, there was a talented author on one of my fan-fiction groups. We were very excited for her when she got a contract with a major romance publishing company. Immediately, she informed us that if we wanted any of her fan-fiction stories, we had better download them, because she was going to take them off the internet sites. She wasn't the first to do this and I never could figure out if these were contractual things or if suddenly the fact that they had been writing about TV characters was something to be ashamed of. I will be honest with you—I am not ashamed. I owe a lot to those years of writing fan-fiction.

Posted by Susan Kite at 7:37 PM No comments:

What a crazy, busy year this has been so far. My book, The Mendel Experiment, is in publication; printed by Lightning Source, who does a hardcover version as well as a paperback. As mentioned before, it is being sold on Amazon, (all versions, including Kindle), and World Castle Publishing website. If ordered through Amazon, you might need to be patient. For some reason, they sometimes don't have the paperbacks immediately available. I am also waiting to hear from my editor about my next novel, Blue Fire. 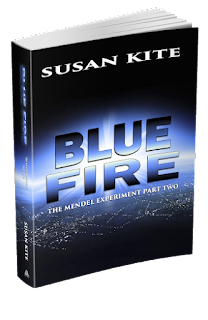 I am working on several stories at one time. One is a fantasy about a variety of animals helping to save a kidnapped girl.  Another is a third Mendel story. At least I have some time to do this because summer break began on Memorial Day. I have to admit, though, that it's been very busy these past two weeks. Dan and I traveled out to Oklahoma City for our latest grand-daughter's blessing. It was way good to go out and see our grand-children and also Chris' parents again. 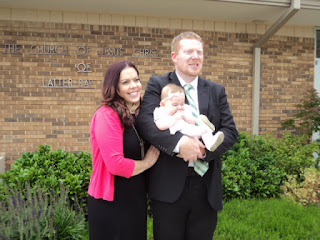 Coming back home was interesting. We hit a deer in Arkansas. Luckily, we weren't hurt, the car was able to make it home and it will soon be repaired.  There has got to be a story there somewhere!